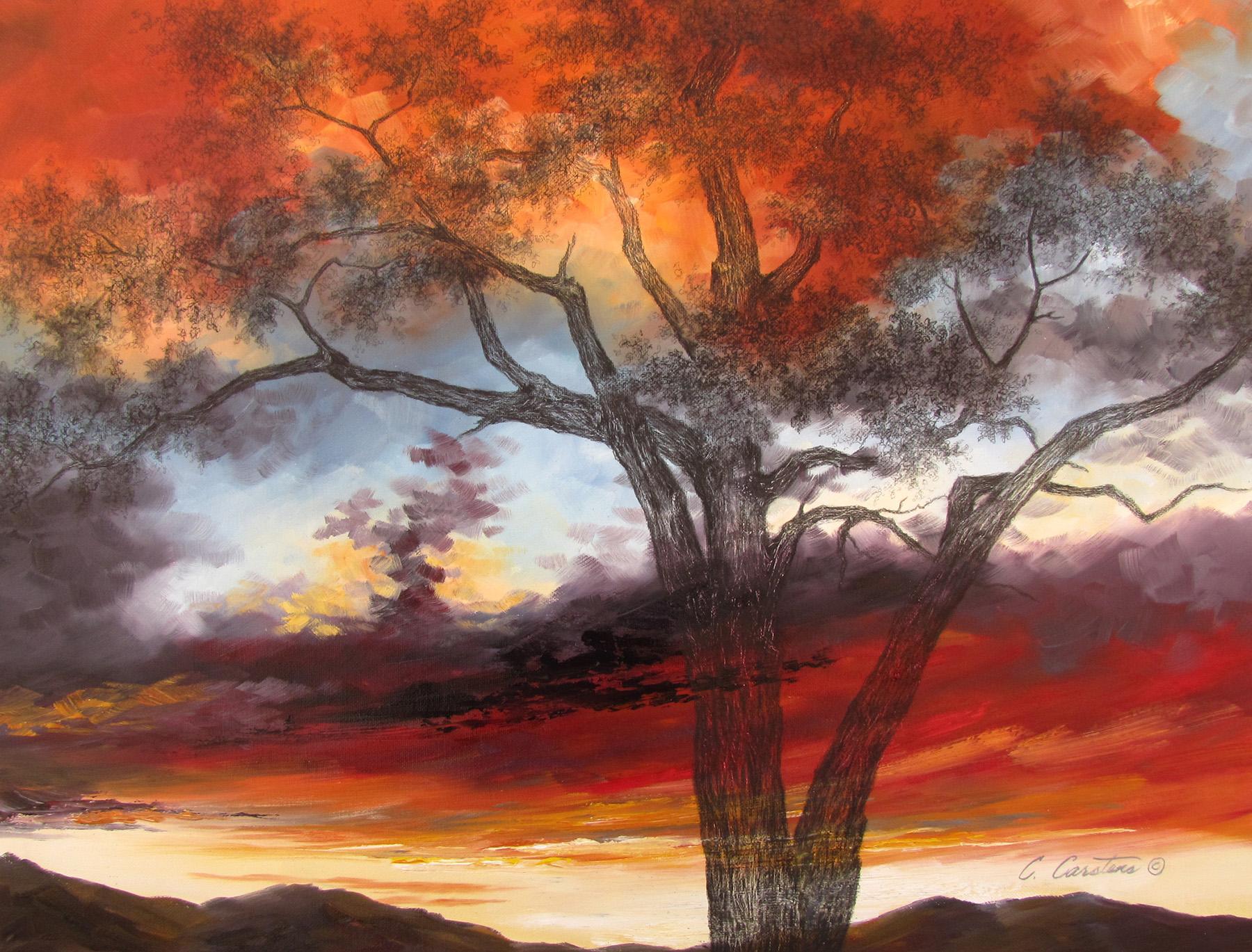 The Art of Taking Risks

Taking risks is a big part of being an artist. You learn how to push your own boundaries, take chances to reach others with your work, and reveal your heart and soul for others to critique. It can be scary at times but can lead to great rewards. Artist and owner of Carstens Fine Art Studio, Cyndy Carstens, has taken many risks during her career, which has led to many rewards and a full life.

Cyndy has managed to capture the majestic and magical beauty of the natural world in her art. Her skyscapes glow, leaving viewers of the works in awe. She first began her career in art when she was just a small child. She had been very sick and spent her days coloring. For Christmas, her parents surprised her with an easel and she began to dabble in a variety of mediums. She used paints, crayons, and pastels to create her works. A neighbor who had received one of Cyndy’s paintings as a gift was so impressed with the piece that the neighbor entered the painting into a competition. To Cyndy’s surprise she won and was awarded a full summer scholarship to The Minneapolis Art Institute.

As Cyndy grew so did her love for art. She continued to study art throughout her schooling. It took time for her to find her voice. She learned a variety of techniques and practiced for hours before discovering it in a surprising and heartbreaking place.

In a 2020 interview with Shoutout Arizona she explained, “It is not simply a matter of perfecting techniques. It is what you ‘say’ with those techniques. Think of it this way – making art that speaks is similar to the difference between someone who plays the piano and a maestro pianist.”

Refusing To Play It Safe

For Cyndy, risk is all about the possibilities. Without taking risks she would not have been able to achieve her dreams–but she believes that finding a “balance between uncertainty and security” is important.

“Playing it safe all the time, our dreams simply fade away into a reality that is unrewarding and dull,” she told Shoutout Arizona. She continued, “I like the word possibilities. It gives my own dreams wings.”

From a young age Cyndy knew that she wanted to be an artist but wasn’t sure how to quite get there. She knew that there was a risk of failure, but if she didn’t try she would never be able to experience success.