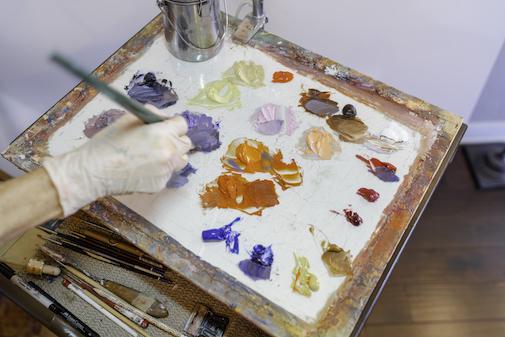 The History of the Modern Art Era

At the dawn of the 20th century, the world was filled with excitement and anxiety at what was to come. As time went on, the world was faced with two World Wars, an economic boom and collapse, unbelievable technological advancements, and so much more. Artists began to experiment, using their feelings about the ever-changing world around them to fuel their creativity. They poured their feelings onto canvas, allowing their brushes to express what they wanted. It was at this time that the Modern Art era was born.

The Beginning of the Modern Art Era

The Industrial Revolution (1760-1840) set the world ablaze. The world began moving at a rapid pace and it almost felt difficult for many to keep up with all of the incredible changes. From industry to agriculture, technological advancements changed so much of how the world was run.

Inspired by the rapidly changing world around them, artists and other creatives yearned to create works that captured their unique experiences. Beginning around 1860, artists began to experiment with various mediums, creating what became known as the Modern Art era.

The cultural significance of the Modern Art era helped to create and boost the popularity of many different art movements.

Cyndy Carstens is a Scottsdale-based artist who creates artwork that captures the beauty of the world. Her artwork references a variety of different art movements, from the Constructivist geometric shapes of her contemporary landscapes to the Cubist principles of art reflecting our world as abstract, subjective, and multi-dimensional. To learn more about her art, contact her today.